Diving with the Thresher Sharks in Malapascua Island 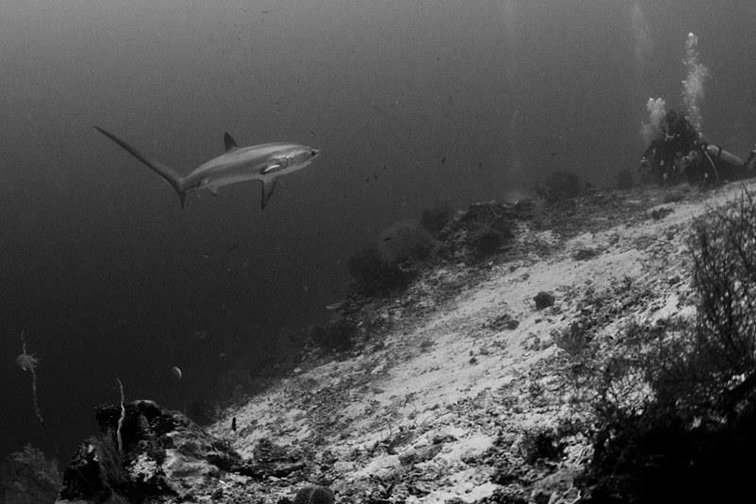 Malapascua started attracting tourists due to the finding of the thresher sharks.

There are only a few places in the world where you can expect regular sightings with these animals, and rumor has it that Malapascua is the best!

Due to the scientific studying of the thresher shark, humans found that they spend most of the night in shallow water where they come to get cleaned from the parasites on their body by fish on the reef and then descend in the morning back to depths between 200-500 meters.

Between Cebu (Malapascua is located on the northernmost tip of this province) and next island province of Leyte, the thresher sharks live year round.

Local fishermen reported sightings of thresher sharks breaking the surface for years before the tourist industry came to be on Malapascua. Divers first discovered several cleaning stations at the sunken island of Monad Shoal in the late 1990s.

The long-tailed Thresher Shark, “Alopias vulpinus”, is named the fox shark by some because the Greek word “alopex”, translates to fox.

The common name is derived from a distinctive thresher-like tail or caudal fin which can be as long as the body of the shark itself. In the waters near Malapascua Island, all three species of thresher sharks are seen.